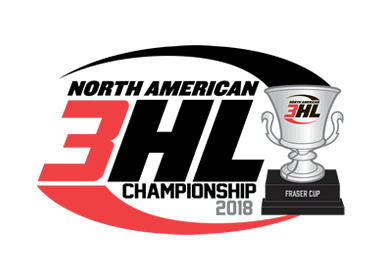 Thanks to six series sweeps on Saturday and two teams clinching earlier in the week, the field of 8 for the 2018 NA3HL Fraser Cup Championship is set!

Here is a look at the seedings, pools and schedule for the event. Seeding was based on the 2017-18 NA3HL regular season standings point totals.

The 2018 NA3HL Fraser Cup will take place at Canlan Ice Sports in Romeoville, Illinois from March 27-31.