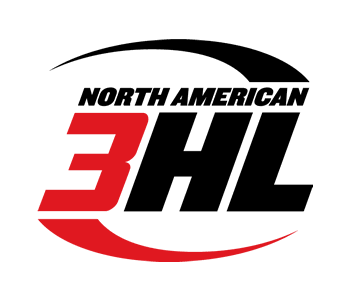 The North American 3 Hockey League (NA3HL) has announced the release of the 2019-20 regular-season schedule. The NA3HL is entering its 10th anniversary season and serves as one of two USA Hockey Tier III junior leagues. Each of the 36 teams in the league’s six divisions will play 47 regular season games. The 2019-20 regular season will commence on September 6, 2019 and end on March 8, 2020.
The excitement for the 2019-20 season is already building as the NA3HL will celebrate its 10th anniversary, and it is clear that the NA3HL continues to be on the rise and a step above the rest when it comes to player advancement and opportunity.
No other league of its kind has had more movement and advanced more players onto play in the North American Hockey League (NAHL) than the NA3HL. Thanks to additional and enhanced initiatives that were put in place this season in cooperation with the NAHL, more players from the NA3HL play, practice, and earn NCAA Division I scholarships with the NAHL than any other league.
This past season not only did 26 NA3HL players sign tenders to play in the NAHL for the 2019-20 season, but 26 more players were selected in the 2019 NAHL Draft. The NA3HL also continues to make its mark and is one of the leaders in junior hockey with the advancement of players onto the NCAA. So far in 2019, the NA3HL has over 120+ college commitments, with almost 70% of those being NCAA commitments. In addition, over 300 former NA3HL players are currently playing in the NCAA, and 13% of NCAA Division III freshmen this season previously played in the NA3HL.
View the 2019-20 NA3HL schedule here
Click here for a .pdf version
“The release of the schedule is always an exciting day for the NA3HL as we prepare for another great year of competition and events. We are coming off a banner year for player advancement to the NAHL and beyond, and thanks to the NA3HL’s enhanced exposure initiatives, the advancement numbers continue to increase and have provided an additional development path and enhanced experience for those players in the NA3HL,” said NAHL Commissioner and President Mark Frankenfeld, who also oversees the NA3HL. “We all share in the common mission of creating an enhanced level of play and competition that is focused on a player’s development and advancement. We also share common goal for players to advance to college hockey while competing and developing in within USA Hockey Ladder of Development.”
The 2019-20 season is an exciting time for the NA3HL, as the league will be at 36 teams. In addition to its regular-season schedule and playoffs, the NA3HL, which boasts a geographical footprint with 36 teams in 17 states (Connecticut, Georgia, Illinois, Iowa, Louisiana, Maine, Massachusetts, Minnesota, Missouri, Montana, New Hampshire, New Jersey, New York, Pennsylvania, Texas, Wisconsin and Wyoming) allowing players to compete and excel academically at home, will participate in the NAHL’s high-exposure events, which attract hundreds of college, junior and professional coaches and scouts.
The NA3HL will have four events during the 2019-20 season. Several NA3HL teams will compete in a new East Showcase held from October 6-8, 2019 at the New England Sports Village in Attleboro, Massachusetts. Next, all NA3HL teams will compete in a league-wide Showcase held from December 15-17, 2019 at the Super Rink in Blaine, Minnesota. The third event of the season will be the NA3HL Top Prospects Tournament, which will take place alongside the NAHL Top Prospects Tournament in Attleboro, Massachusetts on February 17-18, 2020. The NA3HL will then finish their season with the Fraser Cup Championship Tournament, which crowns the NA3HL’s playoff champion. The event will be held from March 25-29, 2020 in Chicago, Illinois.
2019-20 NA3HL Divisional breakdown:
Central Division (6 teams): Coulee Region Chill, Milwaukee Power, Peoria Mustangs, Rochester Grizzlies, St. Louis Jr. Blues, Wausau RiverWolves
Coastal Division (6 teams): Canton Cubs, L/A Nordiques, Maine Wild, New England Knights, New England Stars, Northeast Generals
Frontier Division (8 teams): Bozeman Icedogs, Butte Cobras, Gillette Wild, Great Falls Americans, Helena Bighorns, Missoula Junior Bruins, Sheridan Hawks, Yellowstone Quake
Northeast Division (5 teams): Danbury Colonials, Elmira Jr. Soaring Eagles, Long Beach Sharks, Skylands Kings, Wilkes-Barre/Scranton Knights
South Division (5 teams): Atlanta Capitals, Louisiana Drillers, Mid Cities Jr. Stars, Texas Brahmas, Texas RoadRunners
West Division (6 teams): Alexandria Blizzard, Breezy Point North Stars, Granite City Lumberjacks, New Ulm Steel, North Iowa Bulls, Willmar WarHawks