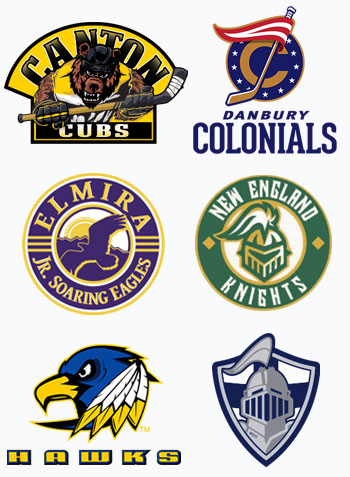 On the eve of the 2019 North American 3 Hockey League (NA3HL) Draft, the NA3HL is pleased to announce six new markets for the 2019-20 season, which was recently approved by the USA Hockey Junior Council.
No other league has a stronger relationship and advanced more players to play in the North American Hockey League (NAHL) than the NA3HL. Thanks to additional and enhanced initiatives that were put in place this season in cooperation with the NAHL, more players from the NA3HL play, practice, and earn NCAA Division I scholarships with the NAHL than any other league.
Canton Cubs
The Cape Cod Islanders will operate in Canton, Massachusetts as the Canton Cubs. The team is managed by Chief Operating Officer Scott Hogan and will play out of the Canton SportsPlex in Canton, Massachusetts. “We are very excited to be relocating to a passionate hockey community and look forward to playing our home games at the Canton SportsPlex next season,” said Hogan. “With the relocation, we will also rename the team to the Canton Cubs to maintain our history and tradition.”
Danbury Colonials
The Niagara Falls PowerHawks will operate in Danbury, Connecticut as the Danbury Colonials. The team will play out of the Danbury Ice Arena and is managed by owner Herm Sorcher and General Manager Robert Sutherland. “As we acquired the building and looked for the right tenant and team to have here, we thought the Ladder of Development model the North American Hockey League has was the right fit for us because it is a proven pathway. I think we will be a fantastic fit for an NA3HL team here and we want to create a really special opportunity for players. We think the fans and community are going to love it,” said Sorcher. “We chose the Danbury Colonials name because we have a youth program in the building called the Western Connecticut Colonials and we wanted to align with them and create that special bond between youth and junior programs.”
Elmira Jr. Soaring Eagles
The Binghamton Junior Senators will operate in Elmira, New York as the Elmira Jr. Soaring Eagles. The team is led by Owner and Head Coach Anthony Langevin and will play out of the Murray Athletic Center in Horseheads, New York. “The tradition and success of the Junior Senators will live on with the Jr. Soaring Eagles. The opportunity is a home run for not only Elmira, but also all surrounding areas. We are already working hard on bringing home a National Championship to Elmira for the 2019-20 season,” said Langevin.
New England Knights
The Oswego Stampede will operate in Raynham, Massachusetts as the New England Knights. The Knights are under the new ownership of Lovell Hockey and will play out of the Raynham IcePlex in Raynham, Massachusetts. “We are extremely excited to have added a team in the NA3HL.  We think the league has proven to be a great stepping stone for aspiring college hockey players.  We firmly believe in the NA3HL and their proven Ladder of Development.  The main reason why we decided to purchase a team in the NA3HL is because of their incredible track record of promoting players, amazing events, and the direct path to college and the NAHL,” said owner Tim Lovell.
Sheridan Hawks
The Wisconsin Whalers will operate in Sheridan, Wyoming as the Sheridan Hawks and will play out of the Sheridan Ice M&M’s Center. The Board of Directors of the Sheridan Hawks consists of Dr. Brenton Milner, Dan Carlin, Sandy Suzor, Charles Whiton, and Dave Nelson.  Dr. Milner is the President and is a practicing orthopedic surgeon in Sheridan, WY. “We are extremely excited to be bringing a higher level of competitive hockey to Sheridan.  After opening our first outdoor rink 15 years ago, we have been striving to develop the sport in our community.  Now after covering the rink in 2015, we have a beautiful new facility, top-tier youth coaches, thriving youth and adult hockey programs and hundreds of deeply committed donors and families who support our mission. Bringing in an NA3HL team is a natural next step for us,” said Milner.
Wilkes-Barre/Scranton Knights
The Wilkes-Barre/Scranton Knights will operate in Pittston, Pennsylvania, out of the Revolution Ice Centre. The team will operate under the same ownership and management as the NAHL’s Wilkes-Barre/Scranton Knights. The Knights previously had a Tier III junior team that played in the Eastern Hockey League and now will play in the NA3HL during the 2019-20 season and beyond. “We have established a great track record of success to move players onto the next levels of hockey and adding an NA3HL team as a part of that Ladder of Development was important for our organization,” said Knights head coach Tom Kowal. “Everyone develops at a different pace, so having an NA3HL team as a part of the NAHL team is important because we will be monitoring their progress, tracking their development, and utilizing players throughout the season.”