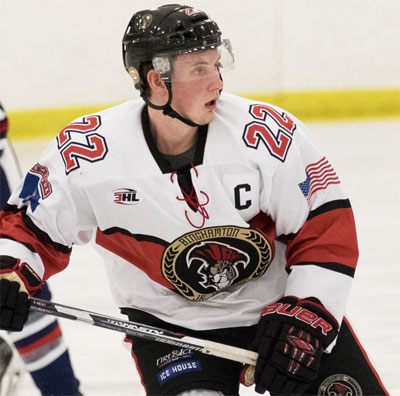 Brad Becker was voted the Most Valuable Player and Forward of the Year for the 2017-18 season.